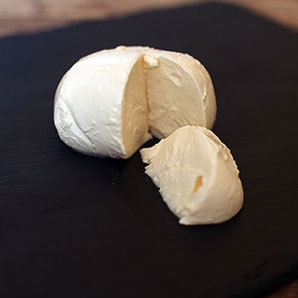 The company has now introduced a lovely fresh mozzarella. The 8-ounce pieces have a tender texture and a pleasant lactic tang, thanks to cultures that are used to gently acidify the milk. Use this delicate cheese on pizza, alongside juicy watermelon, sliced on grilled vegetables or classically paired with fresh tomatoes, basil and a drizzle of olive oil.