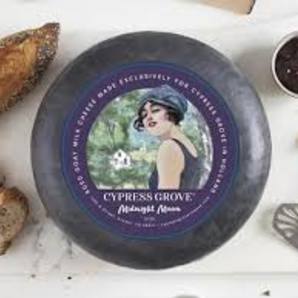 The goat milk sister to Lamb Chopper, Midnight Moon is the happy result of a partnership between a Dutch cheesemaker and an American cheese icon, Mary Keehn. Under Mary's direction, this Gouda is produced in Holland with goat milk from a local dairy and imported to the United States by Mary's company, Cypress Grove. The cheese is aged in Holland for at least 12 months before being shipped to the States.