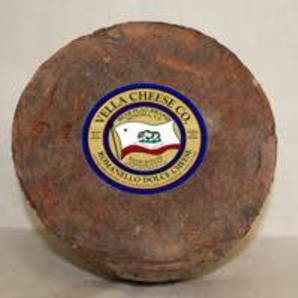 The Vella Cheese Company traces its roots to the 1920s, when Tom Vella arrived in Sonoma and began making cheese at the Sonoma Mission Creamery. The Vella Cheese Company was founded in 1931, and continued to grow and expand over the following decades, eventually moving into its current facility just off the Sonoma Plaza. The company became known for its fresh and dry Jack cheese, their version of an original American cheese created in Monterey during the California Gold Rush.

Coated in a fine layer of pungent black pepper, this medium-dry version of Ig Vella's famous Dry Jack is aged for three to four months. Mezzo Secco has a smooth, creamy texture that fills your mouth with sweet milk and spice.