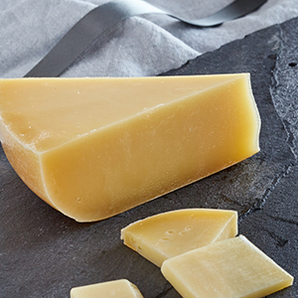 Toma is the Giacominis’ second cheese. It is reminiscent of a young Asiago, with flavors of butter, grass and a mild lactic tang. It is perfect for snacking or melting into a grilled cheese sandwich. A highly versatile cheese, it is also lovely paired with ripe stone fruit, honey, toasted nuts, hoppy beers or even a sip of Scotch.