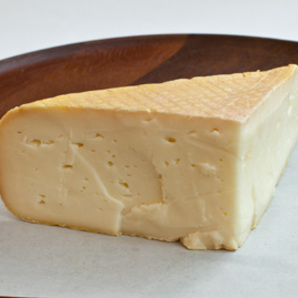 Over 100 years ago, 17-year-old Fredolino Lafranchi left his home in Maggia, Switzerland, and came to America with the dream of owning and operating his own dairy. He and his wife, Zelma, made their home on a 1,150 acre ranch in Nicasio in northern California and established the Lafranchi Dairy.

Fredolino's son, Will, later made many trips back to the village of Maggia, forging relationships with his extended family and tasting many delicious cheeses. Recently, Will's sons, just as passionate as their father and grandfather, went back to Switzerland to study cheesemaking, and brought master cheesemaker Maurizio Lorenzetti to the U.S. to mentor the family in the art of making the cheeses of the Valley Maggia. With organic milk from their herd of 400 cows, the five Lafranchi siblings opened one of a growing number of small farmstead creameries in the area, and began producing their own Nicasio Valley cheeses.

Nicasio Square is named for the town square at the center of Nicasio, which in turn is named for Will Lafranchi, in honor of all he did for his community. The cheese is aged for about 30 days and has a washed rind, giving it an orange hue, a mild funkiness and flavors of yeast and cream.