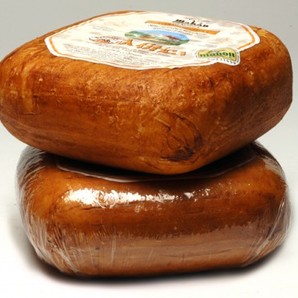 Second only to Manchego as Spain's most popular cheese, Mahon is produced in a municipality by the same name on Minorca, an agriculturally-devoted island. The most remote of the Balearic Islands, Minorca has been famous for cheese for centuries, and in 1993 the island was designated a biosphere reserve by UNESCO.