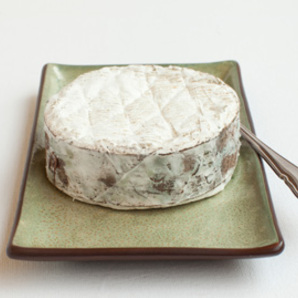 In the mid-2000s, after considerable research and investment, the Kehlers built the Cellars at Jasper Hill, a series of aging tunnels built into the farm's hillside that are carefully designed to maintain the specific climates and temperatures necessary for ripening different types of cheese. The Kehlers collect young wheels from neighboring farms and meticulously care for them in Cellars, alongside the cheeses made at their farm. In the Cellars, this last stage of cheesemaking, known as "affinage,” is masterfully executed.

Named for Anne Harbison, considered by many to be the grandmother of Greensboro, Harbison is a small, bark-wrapped, bloomy-rind round. Its rich, creamy paste is both sweet and herbal, often with notes of mustard. Serve this cheese traditionally by cutting off the top and portioning the paste with a spoon. Don’t forget a loaf of crusty bread, a Belgian saison or a crisp cider.