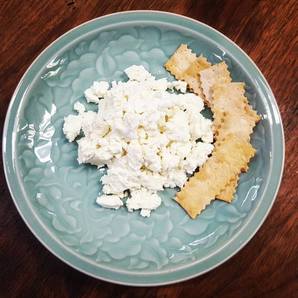 Although Reggie Jones began his career in the world of cheese in product development and quality control, he dreamed of being able to develop his own small-batch artisan cheeses. Located in the beautiful central coast region of California, Jones now specializes in aged cow, sheep and goat’s milk cheeses made from local, hormone-free milk. Jones believes in the rich potential of quality milk, and has a mission to introduce the American palate to flavors found in the best cheeses of Europe.

Central Coast has begun producing a fresh chevre that is perfect for use in the kitchen. Made from milk sourced near the Paso Robles creamery, the cheese has a fluffy texture, and clean, bright flavors of citrus and cream.